Rule of Law in Liberia – even the smaller picture counts

In any society, the provision of legal safeguards in administrative processes is a cornerstone of strengthening greater adherence to the rule of law as well as building up a sense of civic trust between the government and the governed. This all sounds very high-minded and pretty abstract to the ordinary person on the street, especially if he or she‘s Liberian, but at least we can rest easy in the knowledge that the rule of law effectively places a limit on state power in its decision making processes.

A number of countries have already gone through the process of institutionalising a general law on administrative procedure. Such a law provides common principles for decision-making in administrative processes and ensures a more participatory and inclusive reality for both civil servants and citizens in terms of their rights and duties.

But what of Liberia, possessing as it does, a ‘constitution of the winners’ that has endured pre- and post-peace agreement in 2003? It is no secret that the peace agreement was more of a conflict management arrangement where the causes of conflict were not sufficiently addressed, and begged the question of why most of the belligerents and their supporters were allowed to become significant players in the political process. The inevitable trade-off between peace and justice was very much in evidence then, but what are the reverberations on the rule of law landscape in Liberia since those heady days of ending the violence? 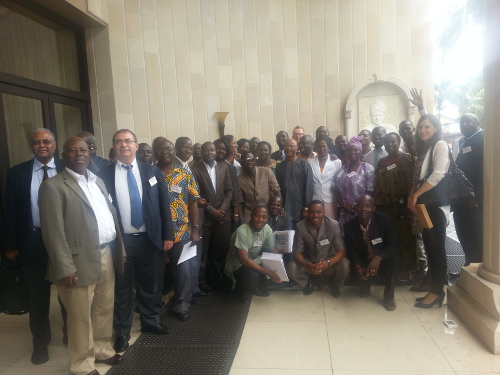 Following a rule of law in public administration workshop held by FBA in collaboration with the newly established semi-autonomous Liberian Revenue Authority in Monrovia in November, it was clear that a closer analysis brought to the surface a distorted and unclear procedural process underpinning how laws are formulated and drafted and applied in the workings of public administration. Not only that, the participants pointed also to the bigger picture of the absence of sufficient oversight of the drafting process and the uncertainty about who has the responsibility of ensuring that consultations take place, before the draft law reaches the Office of the President. (The lack of consultation before enacting the law on banning Pen Pen, or motorcycle riders from major streets was brought up while we were in Monrovia, and this is largely blamed for the recent upsurge in violence)

Maybe we are jumping the gun, but the opinions of the range of stakeholders present at the FBA / LRA workshop indicated that much work still needs to be done to improve accountability and transparency in the law-making process. Granted, the country is only ten years out of a protracted and especially brutal war, and is already undergoing a constitutional review process facilitated by UNMIL. Yet, strong indications came from a number of stakeholders – all Liberian – that drafting a general law on administrative procedure would be a vital first step to addressing the ‘bigger picture’ rule of law deficit that many perceive to be at the heart of their country’s governance woes to date.

Is it too much to expect? Are we burdening a relatively small transition country with unrealistic expectations? The Konrad Adenauer Foundation didn’t seem to think so, and developed a handbook on law drafting with EU funding in 2006

This was conducted seven years ago, and its telling that none of the workshop participants from Liberian institutions such as the Governance Commission, the Board of Tax Appeals, a Tax Court judge, the Law Reform Commission to name but a few, had previously heard of this handbook. Maybe the Konrad Adenauer Foundation was too ambitious – after all, the first elections following the peace agreement were held in 2005.

What the FBA unearthed in its discussions with the Liberians was both more manageable and attainable, and could potentially go some way to address the ‘smaller picture’ rule of law challenge first. It’s the least that Liberians can expect after ten years of peace and stability….

I’m working as project manager at the Rule of Law Programme at FBA. For several years I worked at policy level and as an NGO advisor in civil society-related issues in post-conflict, transition and crisis settings. I’ve also worked as a lecturer in development and humanitarian studies at Uppsala University.

A Farewell to Arms

The first question that most probably comes to mind is, why this title? I just happened to be reading Ernest Hemingway’s Farewell to Arms at the same time that I am packing my bags to leave FBA after three years (six, if I count working as a consultant for FBA’s prolific and innovative Rule of […]

The Sustainable Development Goals and the Rule of Law – Confirming the Inevitable?

September 2015 was a big month in terms of reshaping the development discourse and sharpening the focus of the much maligned Millennium Development Goals (MDGs). And not a moment too soon. What we got were 17 Sustainable Development Goals (SDGs) that are intended to pave the way for more measurable outcomes that are grounded in […]

Coming from Stockholm to Kiev for the first time since the end of November last year, you don’t know where to begin. Back then it was all about the Ukrainian government signing on the dotted line of the Association Agreement with the European Union. Now, following the shocking scenes of Maidan and the shoot to […]