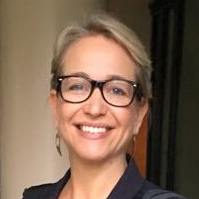 Peace-making and cheese-making in Georgia

Exactly ten years had passed since I last worked in Georgia, when I returned for my deployment to the EU Monitoring Mission (EUMM), in the country that has a special place in my heart. I arrived with so much curiosity and excitement, wondering how Georgia had developed and recovered after the war in 2008. The first thing that struck me was the condition of the cars, where were all the dilapidated Ladas and Volgas that used to generate fear on the roads? Their absence could possibly be an indicator of development.

I am seconded by the FBA to the EUMM, where I work as Head of Planning and Evaluations. The mission’s mandate is to monitor the humanitarian and security situation in Georgia, and to contribute to stability and ensure there is no return to hostilities. So how does one monitor and evaluate the performance of a monitoring mandate? Rather than asking ourselves if we have achieved our objectives, I believe it is more meaningful to ask: “Are we doing the right things, and are we doing things the right way?”.

I support the departments and field offices of the mission with strategic and operational planning, and evaluate specific initiatives (most recently the management development programme where FBA provided training for all the Mission’s managers). I also facilitate lessons learned processes with the aim of improving organizational learning.

Most days I think I have the best job in the mission, but some days when I am suffering from mission headquarters claustrophobia I envy our monitors conducting patrols in the mountains, or speaking with the women and men living in the conflict zone.

When I get the opportunity to speak to the conflict-affected families myself, I am struck by how their living conditions have deteriorated since the war. Not only are their lives still impacted by poverty, but their freedom of movement and enjoyment of basic human rights are restricted. It is heartbreaking to see how conflict over land, by large egos in big cities far away, affects the local men and women who just want to live peaceful lives and get on with their farming.

I had been working in Georgia for four years implementing a large-scale agriculture project to improve small farmer’s dairy production, when the 2008 war happened. Two of the villages in South Ossetia involved in the project were directly affected. To strengthen social cohesion, we had mobilized farmer associations consisting of both ethnic Georgians and South Ossetians, and involved them in the construction of milk collection centres. These were bombed during the war and most of the ethnic Georgians fled South Ossetia; they are still to this day internally displaced.

The EUMM regularly visits the settlements for internally displaced persons to interview people about their living conditions, and I can only wonder if some of the farmers are among those we speak with. But on a positive note, I recently drove by one of the cheese-making facilities that the project once supported, and dropped in to see women busy in production. Now that is what I call a sustainable result, over ten years since the end of the project and the cheese-making is still underway!

I am also encouraged by the development I see in Georgia, such as changing attitudes among young people towards lesbian, gay, bisexual, trans and intersex (LGBTI) rights (although the climate in large remains hostile towards anything challenging traditional norms). And I see improved infrastructure, and a reformed police force. I am keen to see how things keep developing, and I am honoured to play a small part in contributing to peace and stability in Georgia.