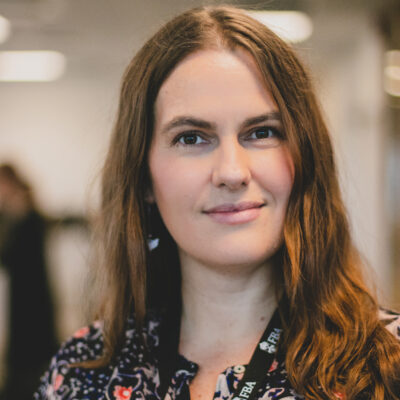 When you visualise a door, what do you see?

To me, the image of a closed door has similarities to gender equality and UN peacekeeping. Let me explain.

UN Secretary-General António Guterres aims to achieve gender equality throughout the UN system by 2028. He is actively prioritising to change the inverse relationship across the UN system between seniority and women’s representation – the higher the grade, the larger the gap in gender parity. Particular attention is directed towards peacekeeping, where it so far has been the most difficult to address gender gaps.

However, the UN gender parity strategy faces several challenges. It is facing resistance internally within the UN, from staff unions, and especially from male employees who now feel they have to take a step back.

There is also resistance and fear among women already in peacekeeping, that they will be second-guessed and undermined if perceived shortcuts are made available only for women.

Another frequent comment is that there simply will not be enough willing and competent women to fill senior UN posts in hardship contexts. This view is often based on unconscious bias; learned stereotypes that are automatic, deeply ingrained, and implicit.

A way to counter gender bias is to showcase women with experience of leading peacekeeping missions in the field, to destroy stereotypes. Another way is to build capacity and ensure more women are ready to take leadership positions.

To support the UN in addressing these issues, FBA has developed a tailor-made course for members of the Senior Women Talent Pipeline (SWTP). The SWTP is a career programme provided by the UN Department of Operation Support, targeting senior women leaders world-wide interested in taking on roles of responsibility in UN peacekeeping missions.

This March, for the third time FBA’s intensive five-day course for the SWTP was held, this time in Uganda. As I looked out over the room filled with 25 senior participants, one thing was striking. The room was filled to the brim with willing and capable women. Women yearning to be recognised as competent individuals beyond gender.

To me it is clear that the SWTP, and the FBA course for members of the SWTP, can serve as tools to prepare these women to take up senior posts in peacekeeping missions. However, the opportunities are limited. These women are competing with each other and many other women and men for a small number of posts in UN peacekeeping – amidst significant reorganisation and large downsizing of several major missions, such as in Darfur.

This is when the door metaphor comes to mind, together with the old quote: “If opportunity doesn’t knock, build a door.”

Let us reflect upon what sort of leaders we want. Those who share their keys or those that use double locks and hide the keys?  What do we think about those that dare to build new doors?