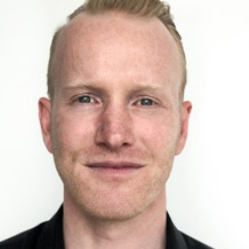 The evolution of disarmament, demobilization and reintegration programs – from programs to processes

The prop-plane bounces through turbulence and I am awoken. I gaze out the window at the landing strip. From high above it looks busy, with many aircraft on the ta­rmac. When we land I realize that all of the cargo planes, troop carriers, and small aircraft are actually all destroyed and the fuselages have merely been pushed to the side of the mortar-potted runway. The wounds of war are still fresh here.

After several hours of spine-rattling driving, I arrive at the demobilization site. Hundreds of Sudan People’s Liberation Army soldiers are also arriving here every day. After disarming and going through screening, soldiers enter the site where they will receive three months of food, medical support, education, and training.

When they leave this site as ex-soldiers, it will be with a package of food, tools, and other supplies to help them and their families get on their feet. This is a Disarmament, Demobilization, and Reintegration (DDR) program, and it is a key part of consolidating the gains of peace. Now that the war is over, hundreds of thousands of soldiers will need to build new lives as civilians.

The start of a DDR program is a tense moment in a peace process. While only the first few battalions are supposed to be demobilizing, I realize many other soldiers are also arriving in the area. They are watching the demobilization site, waiting to see what happens, and to decide if they will be willing to give up their weapons when their turn comes. I spend my nights desperately flipping through my Operational Guide to the Integrated DDR Standards (IDDRS) – the UN field manual for DDR – looking for guidance on what to do.

I end up in hovels and under trees talking, trying to give straight answers to desperate men and women about the delayed DDR process. I hear soldiers tell the shades of truth, rumors, and lies they have been told. I slowly realize that some commanders are spreading misinformation that may undermine the DDR process. One day there is a riot at the demobilization site. Hundreds of ex-soldiers surround the armed guards. The situation looks set to ignite. I ask my local colleagues why they seem so relaxed. They respond casually “they might beat us, but they won’t kill us”. Now I have thumbed through my Operational Guide so much that the lamination is wearing off the pages, and I may be none the wiser for it. I need guidance now on the messy realities of DDR.

I have spent a year bouncing around the countries of the Great Lakes Region in prop-planes, jeeps, and on foot. At the end of the Second Congo War, the first regional approach to DDR was taken. I am visiting demobilization camps, tracking down ex-combatants in villages, and working with national authorities across the region to try to understand what is working, what is not, and why. I do not exactly know what I am looking for when I start, but I follow my nose. All the while, my worn Operational Guide to the IDDRS is in my bag – now the margins are scrawled with notes – most of them questions.

The more I see and listen the more it is clear that while in most places DDR seems to be working to help consolidate peace, in other places something is off. In places like the eastern parts of the Democratic Republic of Congo (DRC), the war never really ended, it just took on new forms. In the context of ongoing violence and insecurity in eastern DRC, it is clear that traditional DDR programs can only have a limited impact. My boss and I talk a lot about the “acceptable levels of failure”. There is hope though, I see DDR practitioners pitted in impossible situations developing new approaches to support armed groups’ transition to civilian life, even in the middle of an active conflict. These approaches are the seeds of something new – something not in my Operational Guide to the IDDRS.

It is a cold November morning. FBA is hosting a meeting for the UN Inter-Agency Working Group on DDR for the third time in a year. The group consists of 25 key UN agencies who work on DDR issues as well as the World Bank. Many of the most experienced peacebuilding, development, and humanitarian experts in the world are here.

It turns out that I am not the only one who has been struggling to understand the growing gap between the guidance reflected in the IDDRS, which is built on the premise of a post-conflict setting, and the evolving nature of DDR in ongoing conflict settings. In acknowledgement of this gap, in 2016 – the 10-year anniversary of the first publication of the IDDRS – the UN Inter-Agency Working Group  embarked on a process of updating and revising the entirety of this strategic policy and operational guidance document. This is no small feat.

Since then, FBA has taken on a role as facilitator of the process. FBA has convened experts from around the globe in workshops, seconded personnel to key UN agencies, drafted new guidance, and even mediated during divisive moments. There are early morning discussions, long workshops, sidebar debates in corridors, and late night meetings. The hard work of many months – which become years – pays off. With FBA’s support, the UN Inter-Agency Working Group has agreed on an entirely new UN approach to DDR, an approach fit for the complex conflict settings of today.

FBA has been supporting several events in New York on special aspects of the revised IDDRS in order to help build awareness about the upcoming launch of the new guidance. DDR has never received so much political attention. Sweden has joined the Member States’ Group of Friends of DDR, a new forum for coordinating political action on DDR, and I am working closely with our permanent mission to the UN to support Sweden’s role as an expert in the group.

The year is almost over and the launch of the new IDDRS has finally arrived. There will be simultaneous events in New York and Geneva with high-level political participation from across the UN. After meeting with the Swedish Ambassador to the UN earlier in the day, I spend the evening re-drafting his speech for the launch the following morning. At the UN Secretariat, I sit behind the ambassador to answer any last minute questions. In his speech he talks about Sweden’s long standing engagement with DDR issues, the importance of the new guidance, and Sweden’s ongoing commitment to supporting DDR initiatives. After the ambassador exits, I move into his seat as representative of Sweden for the remainder of the event.

Today, DDR is no longer a linear program implemented as part of a peace agreement. Rather, through the hard-won experiences of the last decade, DDR has evolved into an integrated process built from a diverse toolbox of innovative approaches that can be used before, during, or after violent conflict – and in both mission and non-mission settings. Reflecting back, this is the guidance that I wish I had all those years ago. However, I rest assured knowing that all those who work with some form of DDR process in the most complex and challenging settings today are now better equipped to do so.