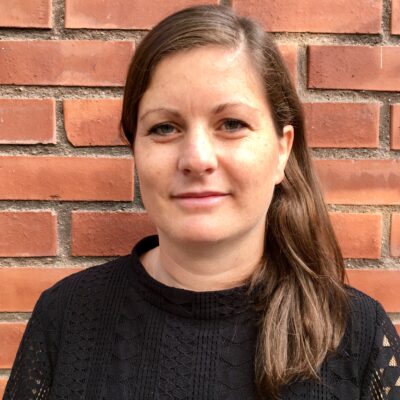 Strengthening forces for peace through experience-sharing 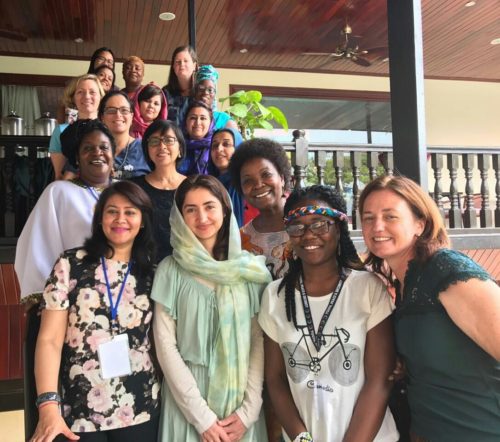 The security situation in Afghanistan has deteriorated as of late, with the highest number of conflict-related civilian casualties in 2016 since 2009. The efforts for a formal and sustainable peace process are insufficient and face numerous obstacles. Violent battles between government and Taliban forces have resulted in new districts falling under Taliban power. Attacks by other groups, loyal to the Islamic State, are increasing in numbers.

Despite this, there are still strong forces for peace in Afghanistan. I have been personally privileged to meet four Afghan leaders promoting peace during the last year, as I have been working with FBA’s dialogue and mediation programme. The programme targeted women with strategic positions from different countries currently or previously experiencing violent conflict. We at the FBA, together with the Swedish Embassy in Kabul, selected four women from organizations in Afghanistan that promote peace and women’s rights and participation.

The focus of the programme was for these strategically positioned women to get an opportunity to learn from each other and from international experts in the field of conflict prevention, peace processes, and dialogue and mediation. The group met for two workshops. By experience-sharing, practical exercises, introduction of research and theory, and skills-building, the participants got the opportunity to practice and learn how to lead, facilitate and support dialogue and mediation initiatives.

The programme was indeed capacity-strengthening, but even more so it enabled an exchange of experiences and built relations and networks. The more I work with efforts to support leaders for peace and conflict prevention, the more I am convinced that the strongest contribution of such an effort does not lie in the theoretical presentations, or advanced discussions, but rather in the exchange between people. People from different contexts but with similar values and sometimes similar challenges. The lessons to be learnt and the inspiration to be gained can really make a difference. I remember how Samira Hamidi, one of the Afghan participants in the programme, explained how she felt:

“In Afghanistan, we are so frustrated about the situation, there is not really any peace process to talk about. We just face obstacle after obstacle. But then, we hear from our Liberian sisters that they had similar struggles 15-20 years ago, that women struggled to be heard and that the road to the peace process was not at all a straight line. But then they got a peace process in place and managed to get a peace agreement, and the women made a lot of difference. We also understand that our Colombian sisters shared similar challenges as we are facing, before they reached the stage that they are in today. So, in a way, this makes us understand that even if the situation in our country is very difficult at the moment, and that we as women have to struggle to be heard, and to try to promote dialogue in our country, that maybe someday our work will pay off. We cannot give up – it is all part of a long process of hard work, but we have to continue to do it.”

Despite the different situations in the respective countries, there is a lot to learn from each other. When the participants had the opportunity to listen to Juanita, a Navy Lieutenant who was involved in the Colombian peace process as an adviser and who worked a lot on the Colombian ceasefire structure, they were able to gather ideas for their context. The stories of how the creative strategies of the Liberian women and the Liberian peace movement during the civil war made a difference, amazed the rest of the group. The strong advocacy skills of one person; another person’s impressive communication skills during a mediation role play; or the story of how a third person took initiative to start a dialogue to counter tension in a community, inspired the peers. The personal, and sometimes heart-breaking, stories of being a victim of violence, of making sacrifices in life, of living under threat because of one’s active work for peace, of even being questioned by family members, and so on, built the relationship between the participants and increased the mutual respect and humility in the group.

Still today, six months after the programme ended, we all stay in touch on Whatsapp sending updates from different corners of the world. These messages range from words of solidarity to the Afghan group after we received news about another violent suicide bomb, to colorful photos from work life and successful projects, to links to interesting articles, as well as personal messages of encouragement.

I, as a civil servant from Sweden, a country with a long history without war, can sometimes doubt my own ability to make a difference for people affected by war and violence. It is Samira and our other participants who are the ones to make a real difference. Still, maybe I can make somewhat of a small difference, by being part of FBA’s efforts to facilitate spaces where leaders for peace are able to meet, reflect and learn. Hopefully these experiences will give these leaders ideas, friends, insights, inspiration, skills and personal empowerment, to continue their struggle for peace. When efforts like this leave our participants more inspired on the last day of the programme, compared to how they felt before they joined the programme, then it is an investment well spent, and we definitely need to invest in the forces for peace.

I am convinced that one day in Afghanistan, a constructive national dialogue or peace process will take place, where strategies will be identified to bring the country in a more peaceful direction. In that endeavor, I am certain that Samira and her co-participants in the FBA’s dialogue and mediation programme will play a significant role.

Photo: Participants and facilitators in the FBA’s dialogue and mediation programme at one of the workshops

“… At one point during the war, my family managed to send me a message, to tell me that rebels had come to our home town Foya in Lofa County. It was in the early part of 1990 and they had attacked our village. One of the first to encounter the rebels was my brother, […]