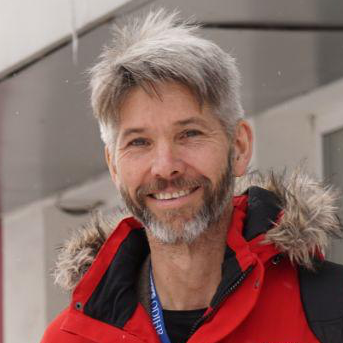 Few people think about the vast expanse of the Russian Federation. Canada, the world’s second largest country, is not even half the size of the Russian Federation. Just imagine the logistics of running a country with an 11 hour difference between provinces like Kaliningrad and Kamchatka. Imagine monitoring the quality of the democratic process across such an enormous area with just 500 observers. Imagine that the country, like Sweden, is located in the cold wintry North and the elections scheduled for 18 March could offer a weather-related challenge as well.

I was overjoyed to be selected by the FBA for this particular assignment. I would be one of two Swedes seconded to the election observation mission in Russia for six weeks. I wanted the opportunity to have first-hand experience with how elections function in Russia. Election observation has developed rapidly in the last decades. The OSCE/ODIHR, to which I am being seconded as a long-term observer, has developed a robust methodology and tested appropriate technology in order to impartially and comprehensively observe elections. After the election, OSCE/ODIHR gives specific recommendations to the OSCE participating state observed, on how its electoral process can be improved.

When I left Gotland in Sweden, I did not know where in Russia I would be sent, or with whom I would be working 10-12 hours a day, 6 days a week. According to ODIHR methodology, observers always work in pairs and are never paired with someone from the same country. In Moscow I found out quickly that I was headed for Siberia, specifically Omsk province (oblast). My knowledge of Omsk was non-existent. Yes, I had heard the name, but the geography of European Russia is hard enough to comprehend without considering the Asian part of the Federation. And I found out I would be paired together with Joan, an experienced election observer, educator and artist from San Francisco.

Siberia is a new world for me that I never imagined. To my surprise, I found a modern city of over a million inhabitants surrounded by open sunny agricultural fields covered with snow and a proud frontier spirit that is reminiscent of the American Wild West. And there is vibrant diversity with German cultural centers in the villages, Kazakh “aul” settlements, Roma communities, Cossack associations, Tatar villages and Ukrainian neighborhoods.

The job of a long-term observer is to gather first-hand observations and analyze a spectrum of criteria which are important for a democratic election process. Political parties, election commissions, local government structures, media, civil society organizations, all offer important input with their perceptions of the situation. While Joan and I work to understand the local situation in Omsk oblast, which is slightly larger than Greece and thus larger than most EU countries, 29 other long-term observer pairs are spread around the country doing the same work. Together we submit reports to a team of 13 international experts in Moscow who summarize and analyze the findings to understand the nation-wide context.

In a few days, the mission will be further strengthened by the arrival of around 400 short-term observers, 11 seconded by Swedish FBA. The short-term observers will be sent throughout the Russian Federation to report as election day eyewitnesses about the conduct of yet another stage of the world’s largest election.

Elections are always unique turning points in a country’s history so being an election observer has always felt like a privilege. Now I have been given the rare opportunity to observe history being made in Turkey. Not only is it a constitutional referendum on April 16 in Turkey, to decide the form of government some […]