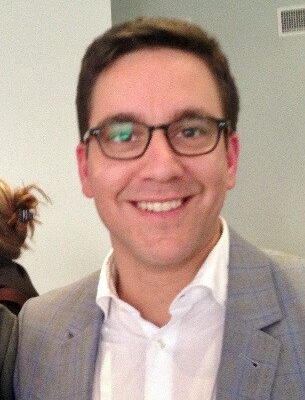 December often is a time to look back at the year that has passed and like everywhere else, at FBA it is part of the job. It comes with filing reports, tying up loose ends and ensuring all paper work is in order before the new year starts, and with it a new budget and new projects.

Another part of the job working for FBA and the Dialogue and Peace Mediation Unit is traveling. Over the past 12 months I have traveled from Brussels and New York to Mali and Guinea-Bissau. Each of these trips was unique and humbling and what I appreciate most are the encounters with individuals.

One trip that stands out was when I found myself in Pristina together with a colleague in October. The UN had asked FBA to facilitate a series of dialogues about social cohesion, the glue that holds society together. The idea was to find out what connects and divides people in Kosovo today – Kosovo-Albanians and Kosovo-Serbs, women and men, old and young, people in the cities and people in the countryside – and what could be done to strengthen social cohesion.

Almost 20 years have passed since the end of the war, and ten years since Kosovo declared its independence. It means years of political, financial and security support from the EU, NATO and the UN to Europe’s youngest country. It also means a long time in this field of work where the attention span is short. It was striking how difficult it was to find up-to-date information about Kosovo beyond the statistics classifying Kosovo as one of the poorest and most corrupt countries in Europe. Not only the media seemed to have lost interest in this part of the world.

Once in Pristina, it immediately became clear how present the memories of war and atrocities still are. It starts with larger-than-life-size monuments on Pristina’s main street depicting men brandishing guns. It continues in the streets of north-Mitrovica lined with Serbian flags, and with conversations over coffee listening to people speaking of “we” and “them”.

We quickly got the impression that the glue that holds the society together in Kosovo is not too strong. We only had to scratch the surface a little bit to understand that many issues of the conflict still remain unresolved. Very few told us about trusted and lasting interactions between members of the Albanian and Serbian communities. Up until today, there has been no truth and reconciliation commission or the like in Kosovo. Despite that, many of those who participated in our dialogues shared similar experiences. We heard about how little trust there is in public institutions and politicians, how dissatisfied people are with the poor quality of public services like education, health care or basic infrastructure, and how little some believe things will take a turn for the better anytime soon, in particular for women and Kosovo’s youth.

Listening to the participants in different parts of Kosovo was a stark reminder of the challenges of peacebuilding and state-building once these concepts hit the realities on the ground. It makes the mundane end-of-year tasks look like a futile undertaking as it reveals how insufficient our projectised approaches might seem. Yet, participants also told us one thing with great certainty: “Today, nobody will go to war anymore.” This, if anything, says something about the glue in the society. For sure there are some cracks and some loose parts, but there is also a base to build on, compared to 20 years back. However, letting the glue cure requires time. For all those international actors who once had Kosovo high on their agenda, maybe this means extending the attention span and finding ways to support those who are working on filling up the cracks. Investing some time to listen for sure might be worthwhile.

When we read about the role of natural resources in countries affected by fragility or conflict, the stories are usually grim. We read about armed groups, criminal gangs and governments fighting over land and access to valuable resources, about exploitation of communities and destruction of the environment. The resources fuel the conflict as armed groups […]