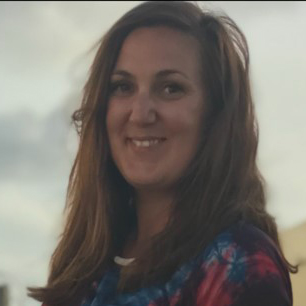 Acute vertigo kicked in as I stepped off the helicopter and my feet touched solid ground for the first time after six days at sea, and I realized that my job as Political Adviser to the EU Capacity Building Mission in Somalia (EUCAP Somalia) was beyond that of a normal desk job.

The helicopter had departed from an Italian warship off the coast of Mogadishu where I had spent the better part of a week sailing up the northern coast of Somalia and back. The warship was part of the EU’s consolidated response to combatting piracy in the Horn of Africa. I had been asked to embark onto the ship to analyse maritime activity and sea patterns along the remote and often desolate – yet breathtakingly beautiful – shores of Galmudug state to try and establish how EUCAP Somalia could find entry points to engage with Galmudug authorities to help them build the capacity of their coast guard capability.

Galmudug state has long been seen as a hornet’s nest for pirate activity but the first thing that struck me was how parts of it looked like those types of exclusive holiday destinations one only encounters in commercials. Yet I soon discovered that progress takes time in Somalia, and that the Galmudug state institutions were not yet mature enough to incorporate viable maritime security structures. EUCAP Somalia has therefore focused its activities elsewhere for the time being.

When deployed to Somalia five months earlier by FBA, I would not in my wildest dreams have imagined that my first duty trip would be to a warship. One year later, I am still in Somalia but predominantly land-based in the city of Mogadishu. Security in Mogadishu is deteriorating by the day due to frequent al-Shabab claimed attacks and bombings. The African Union Mission to Somalia (AMISOM) is working hard to assist the Somali National Army in clearing operations in al-Shabab heartlands to flush them out. This has resulted in al-Shabab taking refuge in urban areas such as Mogadishu with disastrous consequences. As in most conflicts across the world, the civilian population suffers the most.

It’s hard to imagine now that Mogadishu used to be a vibrant African city until the civil war broke out in 1988, effectively ending an era of peace and prosperity. Somalia was at the time known for its funk music and Mogadishu was known as one of Africa’s most beautiful cities. Men and women in afros and wearing bell-bottom trousers would shake it out on the dance floor in a city famous for its stone buildings. Nowadays, Somalia is known as a place of violence and bombs and its men and women have long stopped dancing.

Since 2017, when a federal government was voted in by a clan-based quota system, there have been signs of an upwards trajectory in Somalia amidst a paradoxically worsening security situation. The new government is working hard to tackle corruption in a country which has the dubious honor of repeatedly being named the most corrupt country in the world. The government relies on the international community to assist with the means and expertise to rebuild Somalia as a nation. Here countries such as Sweden, through institutions such as FBA, play an important role. FBA not only seconds staff to the EU and the UN in Somalia, but is also spearheading a five-year project aimed to promote and enforce women and youth’s rights in the peace process and to support reforms of the security sector in Somalia. This is a vital focus in a country where the population just wants to experience nabad iyo nolol again. Peace and life.