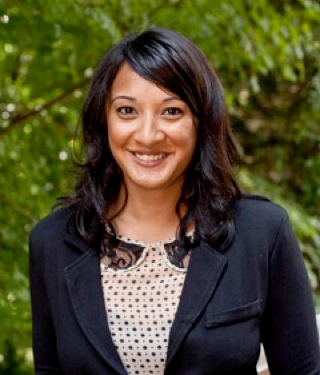 On November 8 2005, Liberians elected Ellen Johnson Sirleaf to be the first female president of an African country. She made history that day and she oversaw fourteen years of peace in a country that had experienced two decades of devastating armed conflict. In 2011, she was re-elected and won the Nobel Peace Prize. Her fame and legacy has brought widespread international attention onto Liberia.

On October 10, 2017, Liberians will go to the polls for the third time since the end of the civil war, and vote for a new president. This time, Sirleaf is not a candidate, which means that her legacy will be determined by the next president. Two of her legacies are perhaps threatened by a new president: foreign aid and women’s rights.

During Sirleaf’s tenure as president, Liberia has made tremendous progress—rebuilding its infrastructure, opening schools, providing healthcare and other social services, re-building the country’s democratic institutions, enduring a free press and a vibrant civil society. While slow to respond to Ebola, Sirleaf led the country through the potentially destabilizing crisis without major disruptions to peace. Another one of Sirleaf’s legacies was her attention to issues related to women. She focused attention on the rape of women, promoted the economic rights of women, and encouraged women to participate in politics. But, she is undoubtedly likely to be succeeded by a male president, who may not focus so much attention on women’s advancement. There is only one female contender in the upcoming election, MacDella Cooper, of the Liberia Restoration Party, and she is highly unlikely to win. Yet, Sirleaf’s tenure is not without criticism. Even from her co-Liberian Nobel Prize winner Leymah Roberta Gbowee. In recent years, she has been marred by corruption scandals and accusations of nepotism.

Regardless of the criticism, what is undeniable is that with her tenure as president, Sirleaf brought sustained global attention to a tiny country in Africa that was devastated by war. While the Government of Liberia’s official budget for the 2009-2010 year was $374 million, it received $449 million in annual off-budget foreign assistance, and this does not count the unknown amounts of funding from the UN Mission in Liberia (UNMIL), China, private foundations, and several bilateral and UN agencies. Some of this assistance is perhaps due to Sirleaf’s popularity internationally, and thus, raising funds is something that the next president may not be able to accomplish to the same extent, which could have consequences for Liberia’s future. Liberia may have to become more self-reliant as it could see less international aid coming its way due in part because of the United Nations draw down, but also because the next president may not have the same international profile as Sirleaf.

Though there are twenty candidates, the election has pit the Vice President—Joseph Boakai— against the footballer George Manneh Weah. One of these two is likely to be the next Liberian president. Joseph Boakai of the Unity Party has over forty years of experience in government, having served as Minister of Agriculture under President Samuel Doe. George Manneh Weah, of the Congress for Democratic Change (CDC), is a famous football player who has played for clubs in France, Italy, and England; and in in 1995, he was named FIFA World Player of the Year. But, he is not just a football player, he is currently serving as Senator of Montserrado County.

When it comes to attracting foreign aid, perhaps international notoriety matters and George Manneh Weah will be able to attract the same kind of attention to Liberia as Sirleaf. On the other hand, as Sirleaf’s Vice President, Joseph Boakai is likely to continue many of Sirleaf’s policy initiatives to cement her legacy, and so could be better for preserving women’s rights. This is not to say that there is a tradeoff between foreign aid and women’s rights, but rather to demonstrate that Liberia’s path toward a better future may look vastly different depending on who gets elected. Regardless of the outcome, let’s hope that the new president will at least be able to continue Sirleaf’s legacy of keeping the peace.