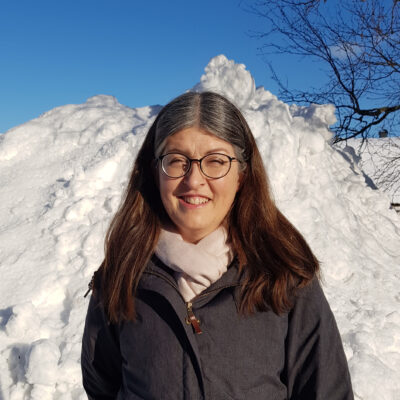 Increased number of attacks against peace workers – how do we strengthen safety? 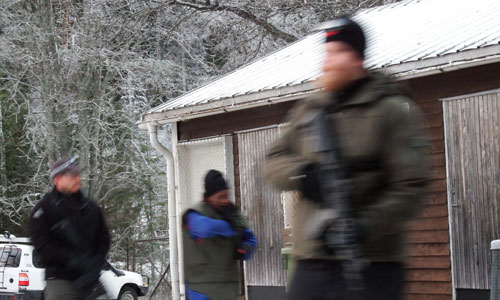 BOOM! Despite being prepared, and standing behind a reinforced concrete wall, we are all taken by surprise as the shockwave hits the wall followed by earth and debris raining down on the roof above. Somewhat shaken we remove our earplugs and await the signal “All clear” from the instructor before allowing the course participants to walk around to see the effects of 100 grams of explosives. Just a regular day on the job….

The course “Protection against risks and threats in conflict areas” is one of the longest running courses at the FBA, first taking place in 2005. Commonly called HEAT, Hostile Environment Awareness Training, the course is part of the pre-deployment training package for FBA secondees traveling to and working in high-risk areas. Training the women and men that FBA sends out, such as Idil in Hebron, is an important part of the duty of care to seconded civilian personnel that Sweden takes very seriously. The course also targets FBA staff working in Sweden but often traveling to high-risk areas such as Somalia, Afghanistan or Democratic Republic of Congo. In addition, the course is open for applicants from other organisations than the FBA, e.g. personnel from other Swedish state agencies and FBA’s international partner organisations.

If we are going to work efficiently in high-risk areas, and successfully carry out peacekeeping efforts, then the safety and security of our civilian personnel in the field is paramount. One of the rules of customary international humanitarian law states that: “Directing an attack against personnel and objects involved in a peacekeeping mission in accordance with the Charter of the United Nations, as long as they are entitled to the protection given to civilians and civilian objects under international humanitarian law, is prohibited”. But despite this we witness an increase in the number of direct attacks, and also indirect attacks that are harder to predict and avoid.

Participants on the HEAT course are provided with tools and techniques to help them live and work in hardship areas. Proactive security and an awareness of their own responsibility are two key elements of the training they receive. Useful tools like my colleague Helene’s acronym STOP (stop, think, orientate, plan), or how to carry out a risk assessment, are frequently referred to in positive terms in course evaluations. Techniques such as how to remove an injured colleague from danger (without endangering yourself) or what to do when driving in inaccessible territory are highly appreciated, not to mention mental preparation for the psychological stress associated with mission life.

And the FBA is not alone in taking this seriously. We collaborate with national organisations in matters relating to security in the field such as the Swedish Armed Forces and the Swedish Civil Contingencies Agency (MSB). On the international field the FBA works in networks e.g. Europe’s New Training Initiative for Civilian Crisis Management (ENTRi) and European Security and Defence College (ESDC), and bilaterally with organisations such as the German International Peace Operations (ZIF) and the Finnish Crisis Management Centre (CMC) on issues relating to security.

BOOM! My mobile vibrates as news updates of a car bomb in Kabul close to the Swedish embassy roll in. My thoughts first go to the Afghani people, some of whom I have met in trainings over the years, but also to those members of the Swedish embassy staff that have participated in a previous HEAT course at the FBA. My hope is that they are mentally and physically equipped to deal with the situation after our training and can continue their important work despite the dangers they are exposed to.