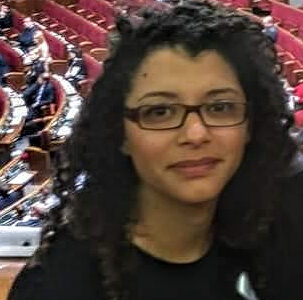 In Liberia, security is everybody’s business

According to the FBA’s definition, security sector reform (SSR) is a concept that frames technical reforms within a political process.

I think back two weeks to when I was in Liberia, reciting the for me now very familiar but abstract above sentence. The participants in the room, 16 program officers from the Liberian National Security Council Secretariat, were repeating this sentence with me in unison.

For the past four days, we had tried to unpack this sentence in different ways to make it tangible, understandable and our own. On the one hand we discussed the political implications of SSR, its role in the democratization process when building or re-building a state, much like any other type of reform but far more sensitive as it affects power balances and ultimately who will have the control over the legitimate use of force in a state. On the other hand, we broke down the sentence to talk about the aim and effect of SSR and where the participants fit in to this overall process; creating a security sector that respects human rights and functions under democratic control. Providing security as a service to the people with the experiences and needs of all women, men, boys and girls in mind – leaving no one behind as the UN would say.

It is a tall order, and so is the responsibility of the program officers who were in the room, as they have all been assigned to support a respective county security council in Liberia. The Liberia National Security and Intelligence Act of 2011 established the county security councils. They are to provide the National Security Council with policy recommendations as well as ensuring a coordinated and effective response to security issues by county leadership and local security entities. They are also to serve as an early warning mechanism for assessing local security concerns.

However, there are challenges that have hindered the effectiveness of the county security councils. These concern, for example, a lack of understanding of the roles and responsibilities of the members of the councils, and of what human security entails as well as logistical challenges for councils in remote districts.

Liberia, with a history of conflicts and devastating civil wars, is to be considered a very fragile state despite the many gains made in maintaining national peace and security for the past 15 years. After the closure of the United Nations Peacekeeping Mission in Liberia (UNMIL) in 2018, Liberia has seen a new administration struggling with grave economic challenges and old triggers for conflict yet to be addressed sufficiently. This, together with the limited capacity of security and justice institutions, is why the county security council mechanism is a key structure to ensure delivery of public service and security to the Liberian people, in all parts of the country.

In support of the efforts to decentralize governance of the security sector in Liberia FBA has, jointly with the Liberian National Security Council Secretariat, developed two capacity-strengthening programs for the leadership of the county security councils and relevant partners at national and local level; the SSR Leadership Seminar Series and the Program Officer Support Program for technical support staff of the councils.

The programs include several phases, stretching from 2018 to the end of 2020. The objectives of the programs are three-fold. After the programs the participants should have: 1) increased understanding of the Liberian SSR architecture, including their own roles and responsibilities 2) increased understanding of SSR (principles, objectives, international standards and human security) 3) contributed to strengthened relationship between national and decentralized security mechanisms as well as between structures across regions/counties.

So, returning to the FBA definition that SSR is a concept that frames technical reforms within a political process. While listening to the participants discussing what the definition means for them, I felt hopeful and grateful. Hopeful that FBA has contributed with skills and tools for these inspiring program officers to do their job better in spite of all the challenges they face. Grateful to be part of this process as Liberia has come to mean a lot to me personally over the years living and working here in different capacities.

Me and my colleagues are now in full swing planning for the next phase of the SSR Leadership Seminar Series in Liberia in May, where we will have another four days to dig deeper into the challenges and develop possible solutions for more effective county security councils. Security is everybody’s business, as they say in Liberia. A sustainable peace in Liberia requires both commitment and inclusion, and a national security architecture that is efficient, affordable, accountable and transparent plays a pivotal role in that process. Without security, there can be no lasting development.