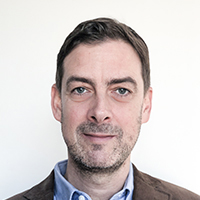 Civil Society as a Critical Partner: Rule of Law and Accountability in the Liberian COVID-19 Response, Part II

Part One of this post highlighted the importance of the rule of law in supporting crisis response in countries struggling with the effects of conflict. One of the most important rule of law principles in such settings is accountability, particularly “downward accountability”, in which state authorities focus on serving citizens dependent on them.

Corruption and poor governance can lead to excessive upward accountability directed toward political superiors, leaving a gap between the state and ordinary citizens. Civil society organizations (CSOs) can bridge this gap by linking state authorities to local communities. However, many states see CSOs as competition, fuelling the trend of “closing space” for CSO activities.

The COVID-19 pandemic has exacerbated negative trends in governance, weakening both civil liberties and democratic processes. However, the Carnegie Institute argues that the global crisis has re-energized civil society in many settings, based on “heightened demand for, and an increased supply of civil activism as well as a need for CSOs to push back against harsher government restrictions.”

These possibilities and challenges are central in many conflict-affected countries where FBA is active, as witnessed by recent blog posts by colleagues working on rule of law in Iraq and security sector reform in Colombia.

They are deeply salient in Liberia, which remains fragile despite political stabilization since the end of conflict in 2003. This fragility results from longstanding issues, such as overly centralized state power, low capacity, corruption, poverty and inequality. However, Liberia is home to a vibrant civil society, ranging from rural grassroots organizations to sophisticated think tanks in the capital, Monrovia.

Two recent crises in Liberia have demonstrated both the potential for complementarity between the state and civil society and the risk of competition and mistrust. First, the 2014 Ebola epidemic wiped out many social and economic gains made under then-President Ellen Johnson Sirleaf. The initial response included forced lockdown of urban slums and strict reporting requirements for rural communities. This top-down approach was counterproductive, leading citizens to avoid restrictions, fail to report cases and in some cases demonstrate violently.

Johnson Sirleaf reacted by seeking dialogue with citizens about the response. A former advisor noted the crucial nature of building trust:

Many key messengers were CSOs that could promote dialogue in poor rural areas, as described by the Carter Center:

The chiefs have power in the various districts and towns, but they would not allow health teams to trace the person-to-person contacts spreading the disease … because they felt they were not being respected. This all changed after the chiefs were brought together. They even planned how they would work with the community health volunteers, and some drafted laws or regulations to ensure compliance.

Anderson Miamen of the Center for Transparency and Accountability in Liberia (CENTAL) describes civil society outreach and sensitization efforts and as well as calls for international support that helped attract funding. However, James Shilue of the Platform for Dialogue and Peace (P4DP) argues that this success may have led to a competitive dynamic:

Due to a (partial) governmental shutdown during the Ebola epidemic, international funding and support, which normally passes through the bureaucratic channels of government, were directly funnelled to civil society…. Although beneficial at the time for the entirety of the nation, the current government still harbours the notion that this past experience places civil society within the international system as outsiders, rather than at the core of its domestic system.

In fact, when a second crisis came in the form of the COVID-19 pandemic, civil society was initially excluded from the response. Exceptions to lockdown rules applied to medical personnel, journalists and state authorities, but not CSOs. The National Civil Society Council of Liberia warned that this would create “an excluded middle between the Government and those at the grassroots level insofar as the fight on COVID-19 is concerned.”

Lockdowns eventually lifted and CSOs were invited to join government response bodies after international partners and others raised the issue. However, the type of cooperation that would facilitate greater downward accountability has not yet fully materialized, even as COVID-19 remains a threat.

Lack of cooperation has dogged the efforts of CSOs such as Accountability Lab to follow the money devoted to COVID-19 response. The Open Government Partnership (OGP) reported an “unwillingness on the part of government officials to release information for public consumption.” Only in November 2020 did a state official acknowledge the problem and promise that information would be “available to the public going forward”, at a dialogue held by the Liberian Institute for Research and Development (IREDD).

It remains to be seen whether the state and CSOs can forge a complementary relationship in combatting COVID-19. The run-up to December 2020 Senate elections heightened concerns, notably when four auditing officials died under mysterious circumstances. One was said to have been looking into corruption in the COVID-19 response, and the incidents had a chilling effect on CSO work.

As long as COVID-19 poses a threat, it is urgent that the state and civil society seek ways to understand each other’s roles and complement each other’s efforts. This will require transparency from the state, continued diligence by civil society and humility on both sides. Such cooperation can help address a national crisis while building trust between citizens and the state that will promote greater resilience in the long term.

In its work in Liberia, the FBA supports cooperation between state authorities and civil society to promote rule of law principles in public administration. Our partners cited in this post include CENTAL, Accountability Lab, OGP, IREDD and P4DP.

Civil society as a critical partner: rule of law and accountability in the Liberian COVID response

The rule of law is broadly recognized as necessary for good governance, peace and security. The UN 2030 Agenda recognizes this dynamic in all countries, rich or poor. However, the impact of the rule of law – or its absence – is most strongly felt in countries struggling with conflict and crisis. As part of […]