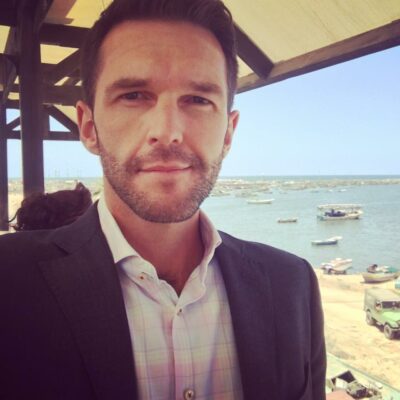 The visits gave the Secretariat a chance to listen to views and perspectives on peacekeeping and peacebuilding among several important stakeholders in multilateral security issues, as well as to discuss the UN Secretary-General’s ‘Action for Peacekeeping’ initiative (A4P) that is the central theme of the 2018 Challenges Annual Forum hosted by Swedish partners FBA, the Folke Bernadotte Academy, and the Swedish Armed Forces in Stockholm this November.

There was much to learn and take in during these meetings. There are obviously different perspectives on peace operations and their implementation. However, when it comes to the future of peace operations partners share many common understandings on their overarching goal of improving them.

For example, China is steadily increasing its contributions to UN peace operations and along with its political influence on peace and security issues as a Permanent Member of the UN Security Council, the top decision-making body for UN-led peace and security missions, China is also the second largest financial contributor to the peacekeeping budget and a large troop and police contributing country to the UN (currently ranked 13th according to the United Nations Department of Peacekeeping Operations).

After meetings with Challenges Forum partners, the China Institute for International Strategic Studies (CIISS), and the Peacekeeping Affairs Center in the Ministry of National Defence, and a number of key stakeholders and peace researchers in China, I came away with the strong impression that China intends to continue a steady increase in contributions to multilateral security including through raising developmental issues as a complementary tool for peace and with strengthening international police contributions.

Russia is also a Permanent Member of the UN Security Council, and its perspective and views on peace operations are important to ensure collective action on UN peacekeeping and peacebuilding. There is active, engaged and ongoing dialogue in Moscow with the UN and other member states on the UNSG’s Action for Peacekeeping initiative, including on Russian equipment such as helicopters.

Russian academics and experts also have a wealth of experience and often different but valuable perspectives on peace operations and multilateral security. The Russian partner of Challenges Forum is the Center for Euro-Atlantic Security at the Moscow State Institute of International Relations (MGIMO). The Challenges Forum can provide a platform to hear these important perspectives such as those from MGIMO with other partners interested in finding ways to build bridges between those who work to improve peace operations.

Japan, sometimes called the ’civilian superpower’, is the third largest financial contributor to peace operations, and also plays an important role as a training provider for peacebuilding staff. Japan also contributes personnel within missions in particular in critical areas such as engineering and logistics personnel.

The Ministry of Foreign Affairs (MOFA) is Japan’s Challenges Forum partner. Further, Japan’s peacebuilding community is actively engaged both in the Challenges Forum, and in national debates about how to increase the country’s contributions to UN-led peace operations, including whether Japanese police might return to UN peace operations after the tragic loss of police personnel in Cambodia (UNMIC) in 1993.

The different perspectives and priorities of key Challenges Forum partners, some of which are outlined above, are part of the strength of the partnership and informal dialogues of the Annual Forum where all partners work towards improving peace operations. The Secretary-General’s Action for Peacekeeping agenda will focus discussions on these improvements, and bodes well for constructive dialogue at the upcoming 2018 Challenges Annual Forum.

Action for Peacekeeping: What role for the Challenges Forum?

On March 28 this year, UN Secretary-General António Guterres announced the UN’s Action for Peacekeeping (A4P) agenda. At the heart of the initiative lies an urgent call to mobilise support for peace operations, which are increasingly faced with a wide-array of complex challenges. Operating in some of the most difficult environments and intractable conflicts on […]