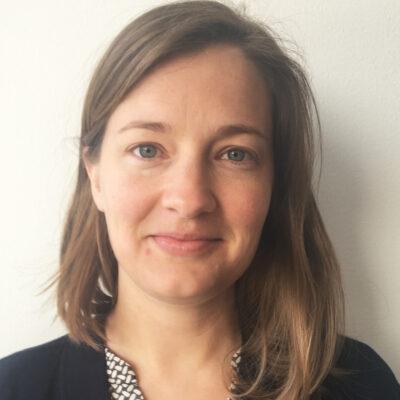 Avenues for accountability and participation: harnessing the power of the streets

While much of the world awaits the upcoming US presidential elections in November, Iraq remains ensnared in its own deliberations over elections. Following the protests that escalated significantly in October 2019, the government resigned and early elections are now set for June 2021.

The lack of jobs and public services, as well as rampant corruption, are among the grievances that have set off demonstrations across much of southern and central Iraq, as well as parts of Kurdistan in the north. In addition, protesters demand an end to the sectarian political system. Political parties portion out government positions in accordance with sectarian affiliations through backroom deals and negotiations, without considering the electoral results.

This horse-trading among the main political players – and their militias – not only reduces accountability and voters’ influence in the political process. It also furthers corruption and allows public funds to serve as the personal treasure chest of an entrenched elite. Meanwhile, public services and infrastructure continue to deteriorate. The poor state of public services has been felt acutely during the coronavirus pandemic, with which Iraq’s dilapidated healthcare system struggles to cope.

In response to protesters demands, the parliament dissolved local councils, a new electoral law was drafted, and the interim government has taken preliminary steps to combat corruption. But skepticism abounds about whether these actions will meet the demands of the demonstrators. The draft electoral law will change the electoral system but is it sufficient to reduce the power of incumbent parties? Many believe the key political players will find ways around the new system, to protect their positions and continue to enrich themselves.

As part of its work in Iraq, FBA seeks to strengthen the avenues for accountability and improve the relationship between citizens and the state. Greater accountability and popular participation in decision-making is not limited to elections, and a range of efforts need to be applied across the broader system of Iraqi governance. For instance, citizens should be able to lobby their representatives or push for inclusion in decision-making at the local level. That is harder now due to the absence of local councils. Although many viewed the local councils as useless and corrupt, the subsequent vacuum in local decision-making and oversight has only further increased the gap between citizens and the state.

However, there is some reason for hope. The current momentum and the pressure from the street on decision-makers to address the failures in governance cannot be disregarded. Public discontent is a potent force and the population’s increasingly determined stance against sectarianism has the power to generate change. Iraq’s population is young, over 60 percent of the Iraqis are under the age of 25. Youth are at the forefront demanding change, organizing politically and through civil society organizations.

FBA seeks to facilitate dialogue and platforms for discussion to broaden participation and bridge divides in society: between different ethnic and religious groups, between youth and decision-makers, and between citizens and the state. Finding ways for constructive dialogue in the midst of popular anger and political upheaval is necessary to identify durable solutions to the current crisis.

In order to rebuild trust in public institutions, decision-making processes need to be inclusive of young people and women, as well as other marginalized groups. Access to the state should not be limited to the elite. A re-envisioning of the social contract and the role of the state is necessary, both by citizens and by those holding public office. Rule of law principles for good governance, such as transparency and participation in decision-making processes, are vital to create constraints on power and make the state work for its citizens.

By bringing together public officials and members of the public to discuss the role of the state, divides can be bridged and mutual solutions identified. Through dialogue and exchanges, civil society organizations can strengthen their monitoring of public institutions and contribute to the decision-making process.

But for this to happen, both the state and civil society actors need to see the mutual benefits of working together, rather than viewing each other as adversaries. FBA works to further the understanding of the rule of law and the roles that civil society and civil servants play in Iraq, so that they can engage in a constructive relationship in which citizens and the state work toward a common goal.