A New Start for the Administrative Justice System in Kosovo 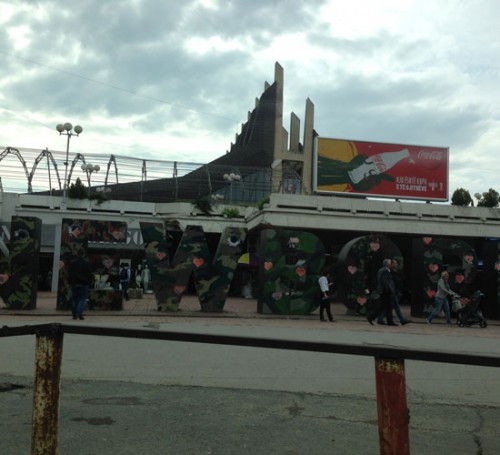 On my way from the airport to Pristina city center, I reflect over Kosovo’s recent history. The surrounding green hills, the many construction sites and the red brick houses catch my eye. A statue of Bill Clinton greets me at a boulevard that also bears his name. The former American president was seen by many Kosovo Albanians as the hero who ordered NATO’s offensive against Yugoslavia in 1999 in order to halt the ongoing killings. Closer to the city center seven letters appear. They read NEWBORN and symbolize hope and change for the future of Europe’s newest country. The letters were placed in 2008, the same year Kosovo formally declared its independence, and are now a well known tourist attraction. Today, 108 UN Member States, including Sweden, have recognized Kosovo’s independence.

I am in Pristina to finally start up a new trial monitoring project of the administrative justice system in Kosovo. The project will be implemented by OMIK (the OSCE Mission in Kosovo) with support from the FBA and ODHIR (OSCE Office for Democratic Institutions and Human Rights). By using our new Handbook for Monitoring Administrative Justice, OMIK’s project team will monitor a wide range of administrative hearings during four months. A final report will be published at the end of this year.

Though administrative justice is typically not at the center of rule of law reform, it is a core component of democratic governance. As the well known sociologist Max Weber put it “administration is the exercise of political authority in everyday life”. This is true today as it was 100 years ago. Public authorities may issue administrative acts on a wide range of areas including health, tax, education, civil registration and urban planning which may adversely affect the rights and freedoms of individuals. Without an effective administrative justice system in place, individuals can suffer arbitrary and illegal action without any possibility for legal redress.

The new administrative department is composed of four administrative judges who were directly transferred from the civil courts without any specific training on administrative law. Oral hearings are held in the judges’ own offices, some that are only equipped with a desk and a few chairs making it difficult for the public to attend any hearing. It appears to be clear that the judicial review of administrative decisions suffers from major deficiencies. The insufficient training, the backlog of cases, the poor infrastructure, the language barriers, the centralised administrative court system to Pristina and the lack of political support hampers not only the work of the judges, but limits equal access to justice- and ultimately citizens’ trust in the justice system. These challenges are not new for the domestic authorities and require capacity strengthening support from both national and international actors.

My thoughts go back to the seven letters sign NEWBORN: the symbol of hope and change.  Progress is indeed taking place- but it is slow. Important administrative justice laws are presently being developed. These laws will make it easier for individuals to understand the procedures before the administrative authorities. But change in law simultaneously calls for change in the administrative justice system and a strengthening of capacity to assist the implementation of the ongoing reforms. It also requires attitudinal changes which can take even longer to establish. Our hope is that the monitoring of the administrative justice system in Kosovo will not only support the national court system, but will also enhance the understanding about the court proceedings and individuals’ awareness about their rights when claiming services.