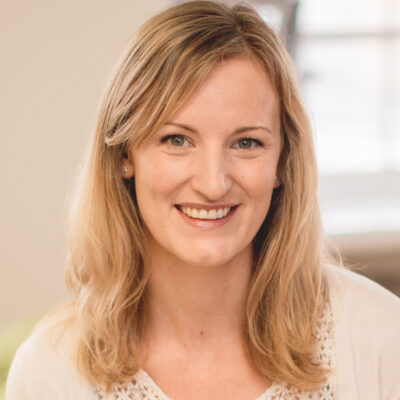 20 years of women, peace and security – what do we have to celebrate?

This year marks the 20th anniversary of the UN Security Council Resolution 1325 (UNSCR 1325), a groundbreaking step for gender equality in international peace and security. Nine resolutions have followed and together they make up what we today call the Women, Peace and Security (WPS) Agenda.

It’s not the first international framework for women’s rights and gender equality. So why is it called groundbreaking? Because the agenda for the first time recognized inequalities between women and men as a matter of international peace and security. As a result of the persistent advocacy of women’s peace organizations for more than a century, the Security Council acknowledged in year 2000 that conflicts affect women and men differently and that women have an equal right to play a significant role in preventing and resolving them.

What is the goal of the Women, Peace and Security Agenda?

Since 2000, the agenda has evolved to address different challenges, and today it covers a wide range of topics related to gender equality in conflict and post-conflict contexts. Throughout the resolutions three themes can be distinguished:

Participation: Women’s right to equal participation in all processes related to peace and security; in the prevention and resolution of conflicts as well as in relief and reconstruction.

Protection: Women’s right to protection in conflict and post-conflict situations, including protection from sexual and gender based violence.

Gender mainstreaming: All efforts related to peace and security should be carried out with a gender perspective.

What has been achieved?

20 years is a long time – what do we have to celebrate? The world is still very much characterized by gender inequalities and discrimination against women. Recent years we have seen a number of push backs against WPS, including a decline in women’s representation in peace talks, a shrinking space for women human rights defenders, the rise of nationalist governments opposing gender equality and the increased threat of violent extremism. Other key challenges include the lack of long-term funding for WPS implementation and a shift of focus from preventive efforts to militarized responses.

Nevertheless, even if much work remains, the adoption of UNSCR 1325 and the subsequent resolutions on WPS means that there is now a strong normative policy framework for gender equality in peace and security. Most international peace operations have a gender advising architecture, and taking into account both women’s and men’s experiences, needs and opportunities is today considered critical to any effort aiming at sustainable peace. We now see sexual violence as a crime in conflict, women’s organizations are heard in high-level consultations and debates on peace and security, men’s role in gender equality work is seen as key for change, and there are tools in place like National Action Plans to accelerate implementation at national and local levels.

How has FBA contributed?

In 2007, when FBA received its first government instructions to promote WPS, the agency did not have any specialized staff. Today, we have a minimum of 15 experts working full-time to develop policy and methods, provide advice, train and support the implementation of the WPS agenda in conflict-affected countries around the world. What does this mean in practice?

As an example, in Mali, we are supporting ministries to mainstream a gender perspective in their work and thereby contribute to the Malian National Action Plan on WPS. In the long run, systematically integrating a gender perspective means that critical services of the government such as security, justice, health and education should benefit everyone, whether you are a girl or a boy, a woman or a man.

We are also supporting initiatives for women’s participation in the peace process, which so far has been characterized by the absence of women’s voices. Most recently, in collaboration with the Swedish Women’s Mediation Network, we facilitated a high-level dialogue between the government and 200 women from ex-rebel groups and civil society all over the country. Following the dialogue, the parties of the peace agreement have decided to designate women representatives to participate in the talks. At last women will be allowed a seat at the table and hopefully a rightful opportunity to influence decisions about the future of their country.

What is the road ahead?

The 20th anniversary gives us an opportunity to reflect on the state of the WPS agenda. Many are disturbed by the discrepancy between policy and action on the ground. We can all play a role in shifting the attention from promises to reality. We need to grasp every moment to act, especially in times of crisis as we are witnessing today. Crises give us opportunities to clearly see the existing inequalities and to fast-track change – if we have the will and courage to demand equal rights and opportunities even when it seems the least urgent.

Are we making the link between peace and gender equality in Mali?

We are approaching the twentieth anniversary of resolution 1325 on women, peace and security. This groundbreaking resolution was unanimously adopted by the UN Security Council, the highest decision-making body on international peace and security, in 2000. It recognizes the specific needs of women and girls in crisis situations and the key role women can play […]